Sarah Newsome talked about aspects of aerial surveys relating to reconnaissance, interpretation and mapping of archaeological sites and other historically related features. The role of English Heritage included: 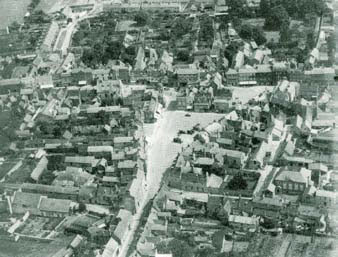 Aerial survey concentrated upon recording archaeological sites in its earliest period. Subsequent linking with English Heritage had seen the role of the Aerial Survey evolve and now it involves recording a range of more diverse activities including urban landscape study, photographing architectural features and the recording the effects of changing landscape use. Sarah illustrated this point with aerial photographs tracking the development of Bicester. These identified how the town had grown but had lost some of its medieval features such as ridge and furrow evidence in fields once close to the town centre. Bicester Village photographs provided examples of changing shopping patterns. Recording sites such as Wretchwick Deserted Medieval Village assisted the conservation and management of archaeological sites. 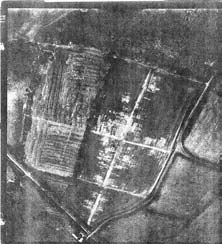 Many archaeological sites could be identified from aerial photographs even though they were not always obvious from the ground. The evidence provided by the shadows made by ‘lumps and bumps’ on the landscape surface or parchment marks enabled identification of possible archaeological sites and provided the opportunity for surveys at a later stage. A number of local sites were used to illustrate these points including the Alchester Project survey and Iron Age Banjo settlements at Ardley and Fritwell. Aerial survey began with the early photography of Stonehenge in the early C20th. First World War reconnaissance developed further aspects of surveying landscapes and historic features. Crawford developed the science after the war by identifying the importance of interpreting aerial photographs. From such early beginnings the mapping of sites and the publication of landscape maps that the Survey undertakes today has developed to its present complexity.

A number of major issues relate to the work carried out by Aerial Survey. Sites can be identified from aerial photographs but it still remains the task of ground based archaeologists to assemble further evidence about such sites. An increasing aspect of the work of English Heritage relates to reconstruction pictures showing what the original sites might have been like in earlier times and based upon the interpretation of the evidence provided in the surveys. 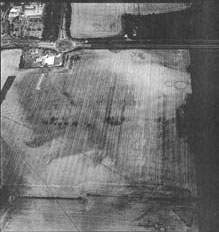 The National Monuments Record Office, based in Swindon, contains vast archives of information relating to aerial surveys and archaeological interpretations of these sites. The Records Office provide enquiry and research services that explore England’s past. Much information is available on the internet.

Sarah led a question and answer session which generated considerable debate. The talk finished at 9.12 p.m. Bob thanked Sarah for a most interesting and informative evening. Refreshments were served after the Meeting.