Although modern Bicester is a peaceful Oxfordshire market town, the area has been strategically important and subject to military activity on numerous  occasions during its long history. 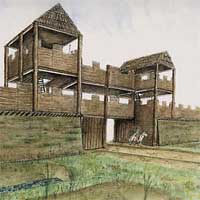 The Romans realised the military importance of the area, being centrally located within the country, and built a fortress at Alchester within a year of the Claudian Invasion of 43 AD. The fortress formed part of the frontier region with the hostile British tribes to the west and was occupied for over twenty years while Roman rule was established in South East England. The fortress housed over five thousand troops and supporting cavalry. It was an important base for the Legion commanded by Vespasian, a future Emperor of Rome.

A Saxon army led by Ethelred and Alfred was defeated by the Danes in a battle that took place at Gravenhill, on the outskirts of the present town, in 873 AD. The old Saxon town of Bicester was destroyed by a Danish raid  a few years later in 912 AD. 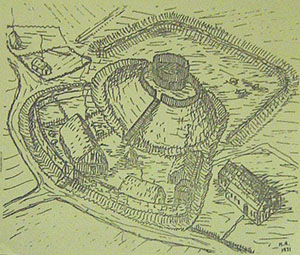 The medieval period saw the construction of a number of castles and moated sites in the area. One of the largest castles was Beaumont Castle, built at Mixbury. It still remains possible to view the extensive earthworks at the site. Close by was one of only five licenced jousting grounds in the country established by royal command during that period and situated at Cottisford Heath. A stone Keep was constructed at the castle at Middleton Stoney. Motte and Bailey structures were built at Ardley and Somerton. Moated sites in the area included Stratton Audley, Kirtlington and Grendon Underwood. Boarstall Tower remains as Buckinghamshire's only stone built fortified building of the period.

The English Civil War of the 1640s saw considerable military activity in the locality. Bicester and the surrounding area was used to billet both Royalist and Parliamentary forces at various times. Oxford served as King Charles I capital during the conflict and the locality saw frequent skirmishes between the opposing Cavalier and Roundhead forces. Noteable encounters took place at Brill, Boarstall, Islip, Gosford Bridge and Bletchingdon. The landscape was denuded of woodland for fuel supplies for the opposing forces and for use in military construction projects. Food supplies were requisitioned in the locality by the armies to support their military campaigns. There are accounts of Roundhead cavalry pursuing Cavaliers through the town of Bicester following a local skirmish!

The twentieth century saw an increase in military activities in the area. By visiting memorials erected in local churches and at village centres you are made very aware of the sacrifice made by serviceman during the major conflicts of both World Wars and in more recent military campaigns. 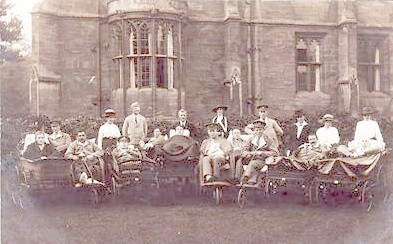 The First World War saw volunteers enlist in local regiments, including the Oxford  and Buckinghamshire Light Infantry and the Queen's Own Oxfordshire Hussars. Service personnel fought at many of the major battles during  the conflict with over a hundred losing their lives from the town of Bicester alone. The war effected the town in many ways. A military encampment was erected at Rookery Field, the modern site of the Fire Station in Queen's Avenue. The civilian population supported the servicemen by organising fund raising events to provide comforts for the troops and a displaced group of Belguim refugees were welcomed to the town for the duration of the war. A Red Cross Hospital for the wounded was set up in Bicester Hall, the present Hometree House Retirement Complex, at the junction of Launton Road and London Road. Royal Flying Corp aerodromes to train pilots were established at Bicester, Upper Heyford and Weston-on-the Green late in the war. 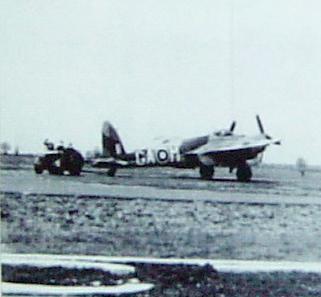 Bicester and the surrounding countryside contained important military bases during the Second World War. The three former Royal Flying Corps aerodromes had been redeveloped during the interwar period as Royal Air Force bomber and training bases. Light bomber squadrons were sent to France at the start of the conflict and aircrew that had been based in the town were to win the first Royal Air Force Victoria Crosses awarded in 1940. Additional airfields were constructed in the area as the war continued with bases at Finmere and Croughton and secret repair facilities near Hethe and at Hopcrofts Holt. An enemy aircraft was shot down by defending forces at Bicester aerodrome during a raid on the airfield. The first flight of the Halifax heavy bomber took place from the airfield early in the war. Many aircrew were trained for Bomber Command at local airfields and glider training took place at Weston-on-the Green.

Evacuees from London arrived in the town early in September 1939 and were provided with accommodation in the area. Home Guard Detachments were formed to defend the area against possible invasion. The headquarters for the Bicester Home Guard was located at the entrance lodge to Garth Park.  Land Army volunteers were assigned to farms in the area to assist with food production. Many of the local population were mobilised to work on projects associated with the war effort.

A major initiative came with the construction of the Ordnance Depot at Arncott in 1941. The Depot became an important supply and logistics base during the following years and supplied war materials used in the allied D-Day landings in Normandy in 1944. The Ordnance Depot remains important in the supply of British forces to the present day. 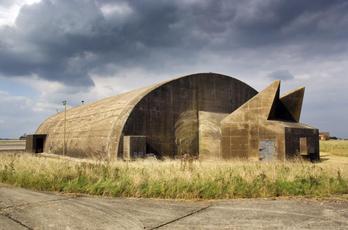 Military activity in the area did not cease at the finish of the Second World War. RAF  Upper Heyford became an important United States Airbase in 1952. It maintained a capability to deliver nuclear weapons during the Cold War period until it closed in 1994. Planes from the base took part in a raid on Libya in 1986. RAF Croughton remains an important communications centre for United States forces based in Europe. British Intelligence MI6 established a communications base at Poundon Hill during the Cold War period.

Please click the links associated with this page if you wish to find out more about various aspects of the area's local military history.