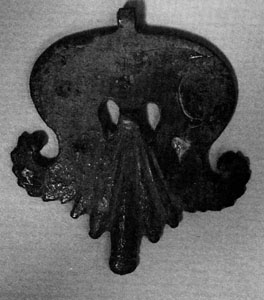 Until twenty years ago Bicester and the surrounding area was considered by most archaeologists to be relatively devoid of significant archaeological sites. This is no longer the case since the locality has developed into an archaeological "hotspot" within the County for a number of reasons.

Legislation enacted in the early 1990s ensured that building projects would be required to carry out detailed archaeological surveys before they could be developed. Aerial photography of the area, which had been forbidden when the region was home to a number of Royal Air Force airfields, was permitted when the bases were closed. Thus, it has been possible to survey and excavate a number of recently discovered important sites which have greatly increased our understanding of the history and heritage of the area. 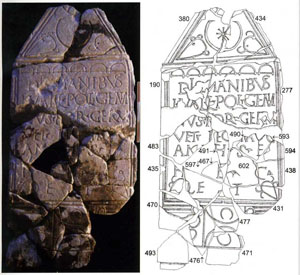 Excavations in the 1960s at Old Place Yard revealed much information about Bicester Priory and its links with the medieval town. The old Roman town of Alchester, lying approximately a mile to the south of the present town, had been excavated at various times. Recent digs, led by Dr. Eberhard Sauer, have confirmed the site as one of the earliest legionary forts in Britain dating from the 43 A.D. invasion. Construction of the A34 road enabled archaeologists to examine the Extramural settlement at Alchester in 1991. Significant Bronze Age and Iron Age sites have been excavated at Bure Park and Bicester Farm Fields. The Saxon origins of the town were researched with the development of the Saxon Court housing complex. 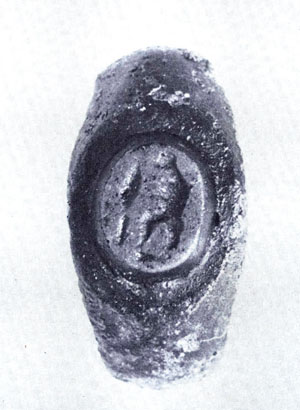 Detailed reports of the archaeological excavations in the area can be found at a number of locations. The best source of information is to be found at the Oxfordshire History Centre, St Luke's Church, Temple Road, Cowley, Oxford. OX4 2HT. The Oxfordshire History Centre opened in July 2011. Access to reports contained in The Oxfordshire Architectural and Historical Society 'Oxoniensia' and The South Midlands Archaeology annual publications are available in the Local Studies department at the Oxfordshire History Centre. (Excavation Reports contained within Oxoniensia and referred to in the archaeological digs references accessed using the link above can be foundonline using this link. Please enter the Volume number as Arabic numbers rather than Roman numerals i.e. Volume 16 rather than Volume XVI.) These provide a wealth of information relating to the majority of excavations carried out in the county. The Centre for Buckinghamshire Studies, County Hall, Walton Street, Aylesbury, Bucks. HP20 1UU retains copies of Records of Buckinghamshire, a publication that reports about archaeology in parishes in Buckinghamshire that have links with the Bicester area. 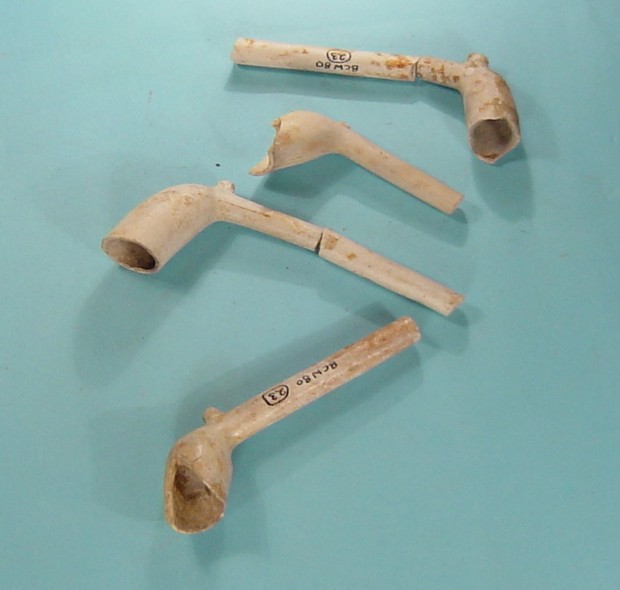 The Oxfordshire Museums Resource Centre, Cotswold Dene, Standlake, Witney. OX29 7QG hold a large historical and archaeological collection. Visits can be undertaken during Open Days or by appointment. The Oxfordshire County Museum at Woodstock, Oxford University Natural History Museum and the Ashmolean Museum at Oxford all contain items of archaeological interest to our area.

The redevelopment of Bicester town centre will enable archaeologists to examine aspects of the medieval settlement and possibly revisit the site of Bicester Priory. The next few years will provide yet more chances to increase our knowledge of the fascinating development of our town.

The early history of the Bicester area can be reviewed through a variety of archaeological artefacts discoved in the area. Take a trip back in time and enjoy 'A History of Bicester through its Archaeological Objects' by simply clicking on the title.