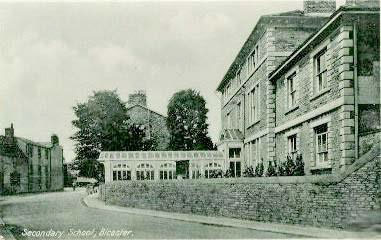 Bicester County School (later Bicester Grammar School) opened in September 1924 in what was Bicester Hall. The building was situated on the corner of the junction of Launton Road and London Road. The property is currently known as Hometree House and has been redeveloped as a retirement housing complex.
Mr John L. Howson became the first Headmaster. He was succeeded by Mr E. T. Clothier in 1941. Mr Clothier had joined the staff in 1925 as a mathematics teacher. He retired in 1963.

Mr J. N. Davies was appointed as the French Master in 1930. His responsibilities included teaching singing and producing dramatic productions. The staff performed annual plays for public entertainment. Mr Davies retired in 1966. The Woodwork Master Mr L. E. Windsor was appointed in 1934 and retired in 1963. Miss G. H. Dannatt joined the staff in 1938 as the History Mistress and she later became the Senior Mistress. She was a wellknown local historian and a founder member of the first Bicester History Society. She retired in 1963. Many teachers came and went during these years but the staff listed above formed the core of the School during this time. 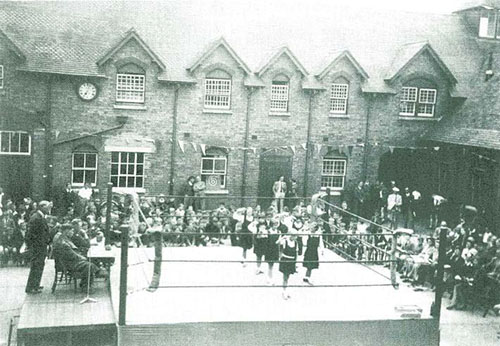 In 1963 the School premises closed at the Launton Road and London Road site. New facilities were built at the Highfield School. Mr S. Percival was appointed Headmaster. In 1966 the Grammar School was amalgamated with the Highfield School to become a Comprehensive establishment. 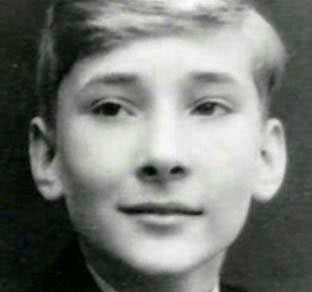 In 1939 fifty boys from The London School of Photo Engraving were evacuated to Bicester. School facilities were established in the Stable Block of Bicester County School for their use. The Headmaster of the evacuated School was Mr B. O’Shaughnessy. The evacuated boys were billeted with local families. Among the evacuees was Kenneth Williams who later became a well-known actor and comedian. He was billeted with retired vet Mr Chisholm in Sheep street. Kenneth Williams credited the old gentleman with instilling him with a love of poetry and drama. 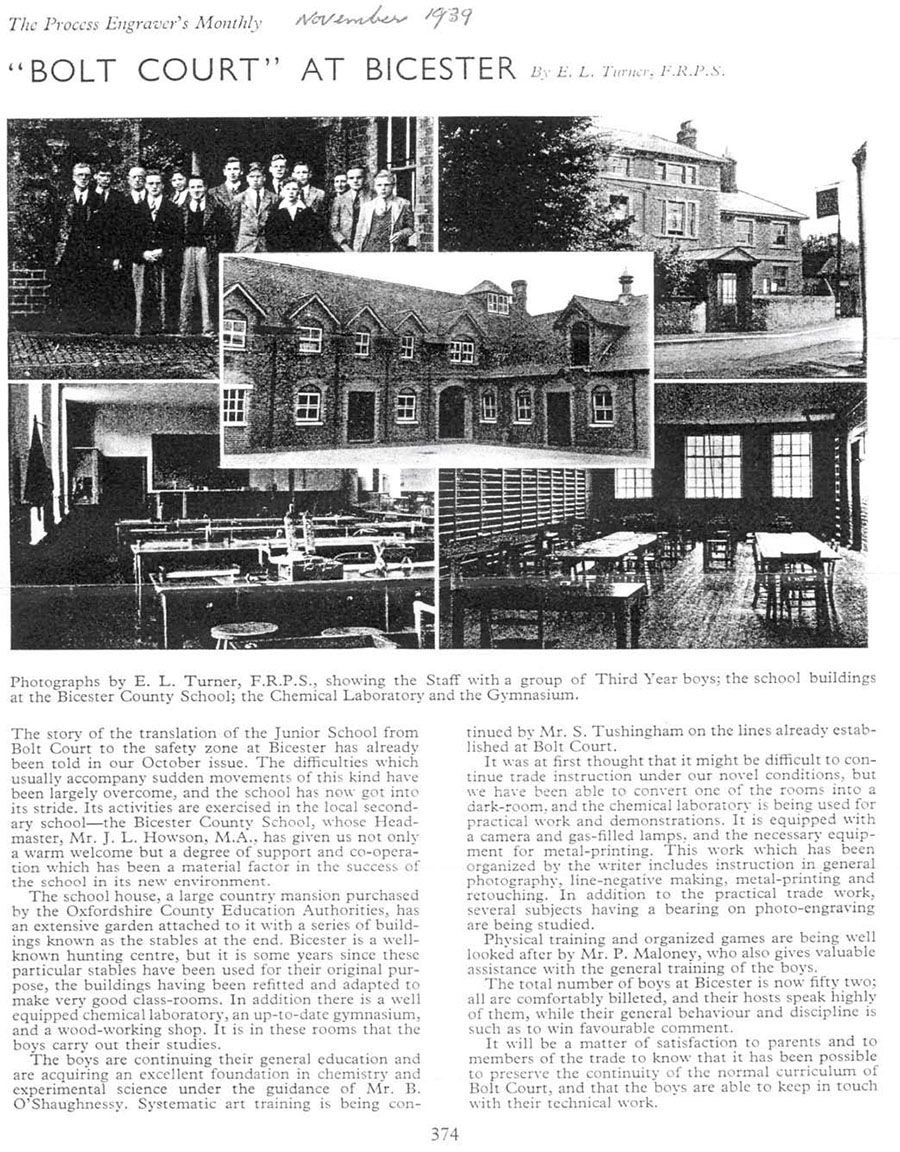