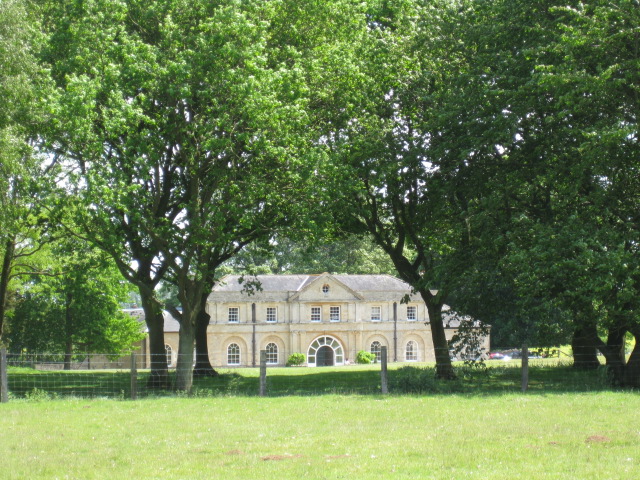 Its toponym comes from Old English and suggests that the settlement may originally have been the well belonging to Scield, a Saxon settler. Although the spring that gave rise to this well is no longer traceable. The toponym was “Scaldeswelle” in 1180 and “Saldeywell” in 1219, before evolving into the present form.

Before the Norman Conquest in 1066 the manor of Shelswell belonged to a Saxon called Edwin. But the Domesday Book records that by 1086 Shelswell had been granted to Geoffrey de Montbray, Bishop of Coutances.

In 1093 the Bishop left Shelswell to his nephew Robert de Mowbray, Earl of Northumbria, but in 1095 the Earl was imprisoned for rebelling against William Rufus and his estates were forfeited.

By the 12th century Robert, 1st Earl of Gloucester, an illegitimate son of Henry I, was Shelswell’s feudal overlord. The manor then remained part of the honour of Gloucester during the 13th century and apparently as late as 1560. Sir Anthony Cope, 1st Baronet of Hanwell, then bought Shelswell in 1595 and it remained with the family of the Cope baronets until after 1675.

Shelswell had a mediaeval manor house that still stood in 1530. Moats near Home Farm may mark its site. A new manor house southwest of the former village was built either early in the 18th century according to records or in 1699 according to a date-stone found in 1875.

In the 18th century the house was enlarged and plantations made to improve its parkland.

But in 1875 the house was almost completely demolished and replaced with an Italianate country house, designed by the architect William Wilkinson. The new house had a Tuscan porte-cochère and retained some rooms of the 18th-century house. In 1956 the 1875 house was unoccupied and falling into disrepair.

Shelswell had a parish church before the end of the 11th century, and its dedication to St Ebbe reflects the Earl of Northumbria’s feudal overlordship of the manor at that time. From 1573 the Benefice was held with that of neighbouring Newton Purcell, and Shelswell was usually referred to as a chapel of the latter. St Ebbe’s was still standing in 1618 but became increasingly dilapidated in the 18th century and was demolished around 1800. Two 17th century figures from the church have been preserved and in the 1950s were still in Shelswell Park, just to the north-east of the house.

Shelswell was a poor parish and during the Middle Ages its population tended to decline. Its lands were enclosed in different stages. In 1497 the husband of the lady of the manor evicted people, demolished two houses and enclosed 60 acres of land for arable farming. By 1528 another landowner had made further evictions and enclosures, and in 1533 Brasenose College, Oxford, bought a 90 acre farm in the parish. By 1601 Shelswell’s enclosures were complete. In 1634 the parsonage was still standing, though unoccupied, but no buildings from the former village survive today.

In 1939 the novelist Flora Thompson used the manor park as the basis of “Skeldon Park” in Lark Rise, the first book of her Lark Rise to Candleford trilogy.