A number of excellent books and publications relating to Bicester and the surrounding area are available to view in the local history section of Bicester Library, situated in Franklins House, or are available for purchase at Cole's Book Shop, located in Crown Walk, in the town centre. 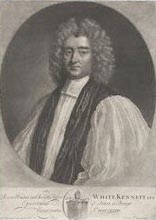 Much of the early history of the locality was recorded by three authors:

White Kennett (1660-1728) served as a Curate at St Edburg's Church before becoming the Vicar at Ambrosden and later the Bishop of Peterborough. He published the well known Parochial Antiquities attempted in the History of Ambrosden, Burcester and other adjacent parts in 1695. The history became a model for other such accounts in later centuries.

John Dunkin (1782-1846) was born in the town and became Bicester's first local historian. He wrote the History and Antiquities of Bicester and Alchester which was published in 1816.

The Rev. James C. Blomfield served as Rector in the village of Launton from 1850 to 1895. He wrote nine volumes of local histories. The second volume, concerned with the history of Bicester contains the household accounts relating to Bicester Priory.

The Oxfordshire Architectural & Historical Society publish an annual volume of archaeological and historical reports in their publication Oxoniensia. Older copies of these can be viewed online for free. Copies are also held by The Oxfordshire History Centre, St Luke's Church, Temple Road, Cowley, Oxford. OX4 2HT.

The South Midlands Archaeology annual publication, the local newsletter for the Council for British Archaeology, covers historical reports in Bedfordshire, Buckinghamshire, Northamptonshire and Oxfordshire. These also are available in the Oxfordshire Studies Department of the Central Library.

The Centre for Buckinghamshire Studies, County Hall, Walton Street, Aylesbury, Bucks. HP20 1UU retains copies of Records of Buckinghamshire, a publication that reports about archaeology and history in parishes in Buckinghamshire that have links with the Bicester area.

Amongst the publications relating primarily to Bicester are The Changing Faces of Bicester - a series of five books about various aspects of the town. These contain many images and names of people and are a useful source of information. The books, however, do not have an index. But the Society has indexed all five volumes collectively, and this can be accessed here.