The small village of Blackthorn lies just south of the A41, close to Ambrosden. The A41 lies on the old Akeman Street Roman road, which may explain the amount of Roman and Iron Age pottery that has been found in the area over the years.

In 1194 Blackthorn was recorded, with Ambrosden, as part of the honour of St. Valery. As such, Blackthorn descended to Edmund, 2nd Earl of Cornwall, who, in 1288, gave Ambrosden (including Blackthorn) to Ashridge Priory, in Hertfordshire. The priory kept it until it was dissolved in 1539 during the Dissolution of the Monasteries, when it surrendered its lands to the Crown. 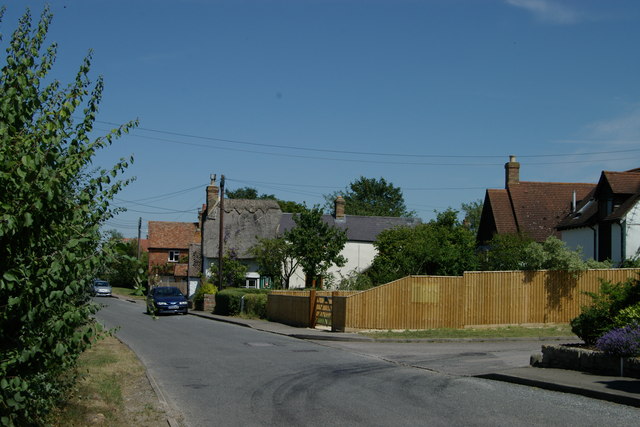 The Crown seems to have separated Blackthorn from Ambrosden and sold them off separately. Though John Denton, lord of one of the manors of Bicester, bought both of them: Ambrosden from Henry VIII’s agents in 1542 and Blackthorn from Elizabeth I in 1564.

Blackthorn later passed to the Nourse family of Woodeaton and, in 1636, Philippa Nourse and her son John conveyed Blackthorn to Edward Rudge.

Between 1706 and 1713 the manor changed hands three times and eventually it belonged to a Sebastian Smythe.

In 1752 Smythe left it to his daughter, Barbara Smythe of Cuddesdon, who, in 1787, left it to Sir John Whalley-Gardiner, 1st Baronet of Roche Court, Hampshire. Blackthorn then changed hands a number of times until, by the 1820s, Alderman Richard Cox of Oxford owned it and, in 1852, James Morrell, of the Morrells Brewery family, was lord of the manor.

Blackthorn is included in the Church of England parish of Ambrosden so doesn’t have a church of its own. But in 1820 the Home Missionary Society did send a Congregationalist missionary to Blackthorn, who held services in the bakery. By 1844 the services were being held in someone’s house until, in 1870, a chapel building was completed. The building was replaced by a new chapel in 1926, which was still being used for worship in 1944, but is now a private house.

Stone Pits Farm is named after a quarry that supplied limestone for building. In the 1740s stone from here was used to build Ambrosden House for Sir Edward Turner, 2nd Baronet. In 1819 a brick and tile works was opened in the parish. Both the quarry and the brick works were still in business at the end of the 19th century, but were disused by 1957.

In 1910 the Great Western Railway created a new route from London to Birmingham by branching from the Great Central Railway route at Ashendon and linking with the GWR line at Aynho. The line passes within a few hundred yards of Blackthorn and crosses the A41 on a bridge just north of the village. The GWR opened Blackthorn railway station on the north side of the bridge but British Railways closed the station in 1953. The railway remains open as part of the Chiltern Main Line.