We are able to determine the local history of the area over the past three million years from the geological, climatic and archaeological evidence that enables us to build up an accurate picture of what our area was like during the period.

Oxfordshire was part of the Ice Age that affected the region and subsequently left its mark on the present day landscape.

The warming and cooling temperature climatic phases were an important factor in determining the succession of vegetation and consequently influenced the types of flora and fauna that were suited to live in the region at such times. The county was located at the edge of the great ice sheets during the cold periods when little could survive in the frozen tundra conditions. The bones of mammoth, woolly rhinoceros, reindeer, and arctic fox are examples of cold climate creatures recovered from local quarry excavations in the area. The warmer inter glacial periods brought hippo, horses and elephants to the forests and plains of the area at that time. 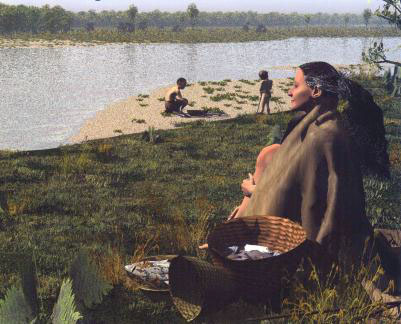 Man followed the migrating herds to this country some 700,000 years ago when Britain was still linked by a land bridge to the continent. The earliest evidence of human occupation in the county dates from 400,000 years ago in the form of a single flint hand axe found at Long Hanborough. 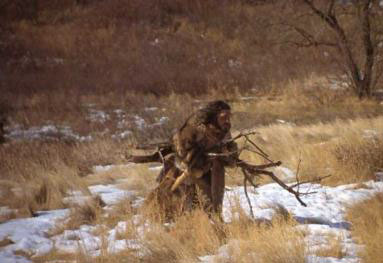 Modern man arrived in the region 31,000 years ago although cold, Ice Age conditions returned some 6,000 years later and it wasn't until 11,000 years ago that visitors ventured into the Cherwell region once again. 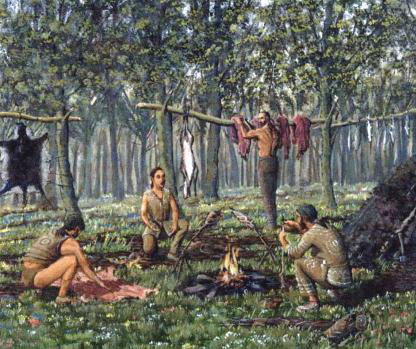 The Mesolithic Period witnessed small groups of hunters leading a nomadic life style in the ‘wild wood’ which dominated the region. Evidence for these visits was excavated at the present day Bure Park site in the form of flint tools that were left in temporary, seasonal encampments at that location. Similar finds have been recorded at Langford Village in Bicester and at other locations in the surrounding countryside. Research carried out over the last twenty years has revealed new insights in to the extent of early man's occupation of our study area. Much fresh evidence has been recorded at the scenes of new building developments in the region. 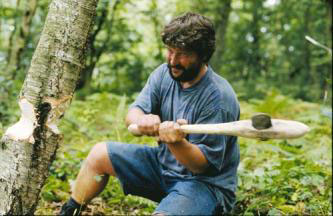 The Neolithic Period saw the population gradually begin to tame the natural environment and forest clearance paved the way for the establishment of farming. The opportunities afforded by the provision of reliable food supplies enabled permanent settlements to develop. The occupants left their mark on the landscape in the form of tombs and barrows. Aerial reconnaissance, made possible with less military flying in the area, has enabled archaeologists to identify ancient sites and subsequently investigate their significance. 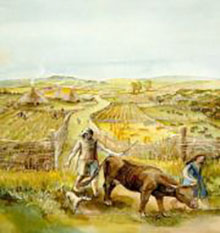 The Bronze Age saw farming agricultural practices improve and develop. Field systems were established in the countryside. Settlements developed at suitable locations along spring lines, on the drier ridges and at defensive sites in the area. The advance in the technology of metal production enabled improved tools to be fashioned. Bronze Age burials in long and round barrows have been excavated at Merton Quarry and on the A41 route prior to its construction. 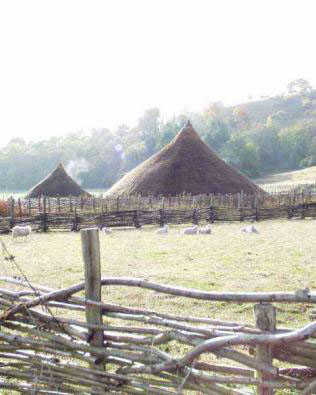 The Iron Age saw a further development of local settlements and the establishment of communication networks as trade in a wide variety of goods increased. Tribal boundaries were formalised such as at Aves Ditch. Conditions were not always peaceful and the development of hill forts and defended settlements illustrate the tensions apparent at this time.

Rainsborough Camp provides a classic example of a local hill fort but other possible sites, including Brill and Graven Hill, are open to question. Low status settlement sites are a common feature of the local area and their function and associated activities have been investigated at Slade Farm in Bicester and at sites at Finmere and Steeple Aston. A high status settlement at Bicester Fields Farm has proved of importance due to its unique nature in the area. 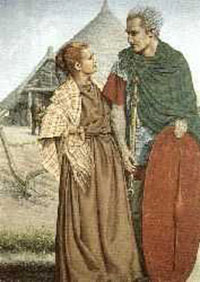 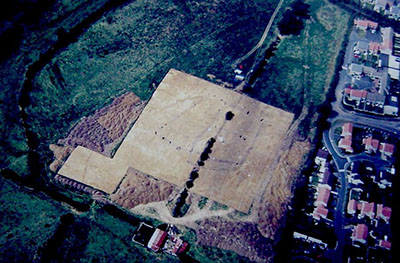