Modern Bicester (1901 to the present) 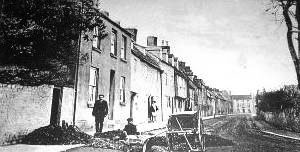 Bicester had changed little for many centuries. The core of the town remained King's End, Market Square, Sheep Street and Crockwell. Gas supply became available in the town in 1845, piped water from 1905 and a public electricity service after 1929. The town was typical of many of the small rural centres throughout the county.

The population numbers of the urban district were relatively static from 1831. The next century recorded figures as slightly in excess of three thousand. The war years saw a small but significant increase in population with the development of military bases located in the area.

Larger housing estates developed in the 1920s and 1940s/50s, mainly comprising public and social housing projects. Real expansion dates from 1960s with a rapid increase of large recent estates located on the outskirts of the town. Improved communications and strategic growth planning have attracted an increased range of industrial units to the town. 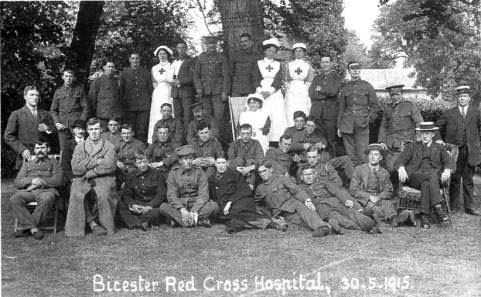 The First World War saw local volunteers committed to active duty on the Western Front. The present Home Tree House became Red Cross Hospital and refugees from Belgium were billeted in the town. The R.A.F. began construction of Bicester Airfield at Caversfield and Upper Heyford.

The Second World War saw a strengthening of military ties. Evacuees from London arrived at the town in the early stages of the conflict. The population adapted to a wartime economy as the realities of the Homefront became apparent. Air raids were a real threat and shelters were built at various locations. Large residencies were taken over to house important institutions such as the B.B.C. Women volunteers played an increasingly important role in maintaining services, the Land Army assisted farming expansion as home produced food supplies became vital to the war effort. Volunteers joined the Civil Defence and Police Forces. 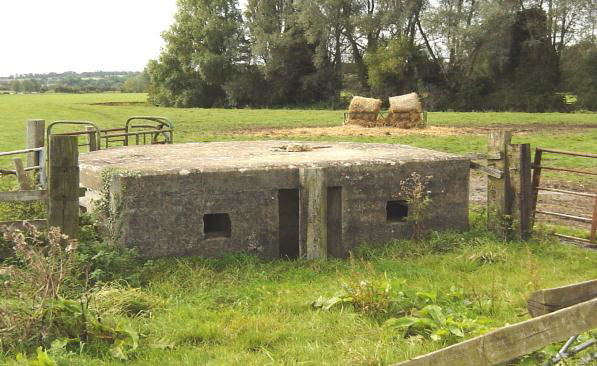 The Home Guard numbered 1600 men by 1944 in detachments scattered throughout the Bicester area. A range of defences were constructed to repulse the threat of invasion. Pill boxes still remain as evidence of the emergency measures taken to ensure the defence of the region. 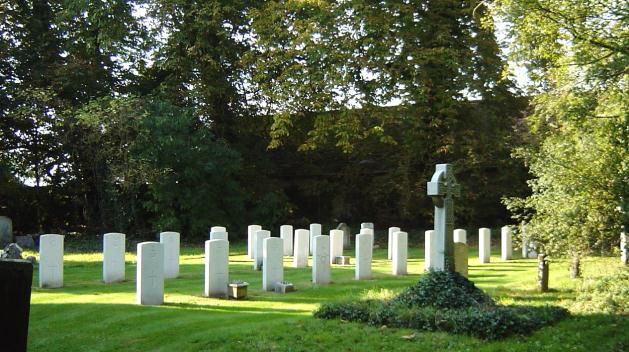 Local Airfields provided vital training bases for R.A.F. aircrews. A number of secret missions took place from R.A.F. Bicester. Bicester Ordinance Depot was established to supply war materials for the invasion of Europe. Prisoners of War were housed at Blackthorn. They were employed working at local farms and clay pits. A second wave of evacuees descended on the area as the V1 Flying Bombs caused a new threat to south east England. One landed at Brill in 1944. War cemeteries are to be found at Caversfield, Middleton Stoney and Upper Heyford.

The airbase at Upper Heyford was used by American forces during the Cold War period. An air strike on Libya flew from the base. The Great Train Robbery captured the public imagination as the gang hid out at Leatherslade Farm, near Brill. The construction of the M40 and other major route ways has transformed the local countryside.

The present plans to develop Bicester Town Centre, leisure and retail facilities, communications and additional residential estates will influence the town for many years into the future.