A Doorway into Bicester’s Architectural History

The Meeting was held at St Edburg’s Church Hall, Bicester. Sixty nine members and ten guests were present at the meeting. Bob Hessian introduced the speaker, Pat Snelson, who explained that she was an enthusiast with a passion for architecture!

Doorways are an important architectural feature because they are difficult to move or disguise. They provide clues about dating the age of a building and indicate much about the social history of the time. The earliest doors were based on a ledge and braced design. This dates from the medieval period. An example of this is to be found in the Old Vicarage in Church Street. 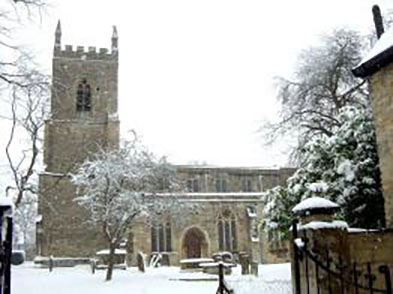 Bicester’s finest architectural masterpiece is the Grade 1 listed St Edburg’s Church. The building displays various periods of medieval architecture including Early English, Decorated and Perpendicular styles ranging in date from 1190 to 1485. The doors and doorways, although replacements from the original medieval versions, bear all the features of the periods listed.

In the majority of English towns very little architecture remains that are examples of the C14th through to the C16th. This is because buildings of this period were insubstantial, inflammable and many were rebuilt or refaced since the C17th. A number of older designs are evident in Bicester however if you look for the clues. The thatched property at 22 Church Street displays medieval characteristics being fattish in design with a wide front entrance for animals access through a passage to one side of the structure. (Classic example of buildings described by R.W. Brunskill ‘Houses & Cottages in Britain 1997) Home Farm and Manor Farm have unique examples of porches and settles at their front doors, possibly for customers when they were Bough Houses at Market Fair times. 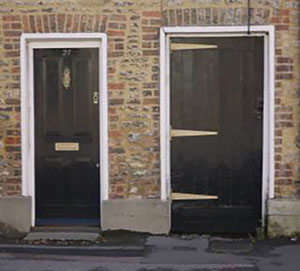 Burgage plots were established from the medieval period in the Market End part of the town. Impressive frontages to buildings had a range of workshops, accommodation and animal husbandry quarters to the rear. Often associated with these properties were public rights of way to the open fields surrounding the town. Passageways adjoining the Edinburgh Wool Shop, Claremont House and access through Marks & Spencer’s Food Shop indicate former rights of passage.

A number of date stones on properties in the town confirm a building boom from 1670 to 1720s. The town was an important communications hub with pack horse, waggon and later coach routes converging here. Three coaching inns survive on the edge of town, namely, The King’s Head, The Fox and The Plough. All have high entrances into yards at the rear and wide turning circles for coaches to enter the building. Yard entrances remain at other locations in the town centre in Market Square and Sheep Street which indicate the town had a vibrant economy at various stages in its development associated with a wide range of industries. House design reflected increasing wealth and a desire to improve comfort at home. A greater number of rooms were incorporated in the design of homes with heating, separate entrance halls and doors designed to impress! 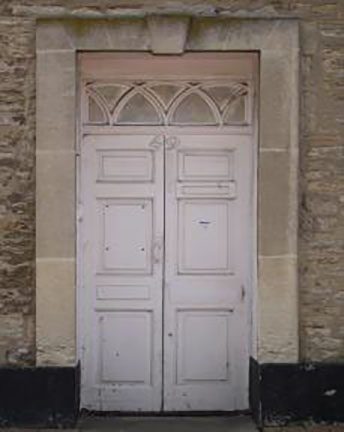 Doors during the Georgian period displayed a social context and indicated wealth and status. Over lights were incorporated into the design to illuminate halls, six panel designs developed and doorways reflected classical influences. Examples exist at the Tesco frontage in Sheep Street and at the cleaners in the Market Square. Door entrances were decorated with plaster work, as at Pevensey House in Sheep Street. 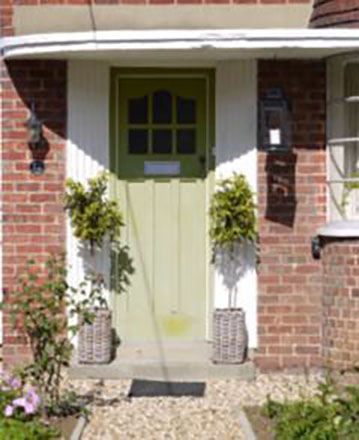 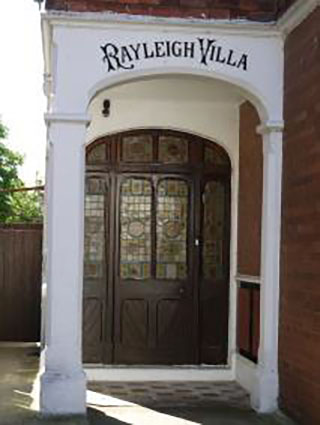 The Victorian period saw distinct changes of architectural styles. There are few villas or town houses illustrating this in the town but a number of public buildings provide examples of Victorian architecture such as the Old Court House in Sheep Street. The Edwardian period was a time of architectural transition. Many designs of houses were copied from pattern books of the time. Examples of such buildings are located in Field Street and Buckingham Road. The Art Deco movement of the 1930s influenced design with styles of houses incorporating such features to be found in Priory Road.
Bob thanked the speaker for an excellent and inspiring talk that set a high standard for the rest year of Bicester themed talks. He invited questions from the audience. The Meeting closed at 8.47 p.m.