A History of Hunting in the Bicester Area

On Monday 16 December 2013, Pete Chivers took us through a highly interesting and visual overview of Hunting in the Bicester Area: from its early roots to its establishment as a major hunting venue, its considerable economic effects on the locality, and its survival after ground-breaking legislative changes. Sixty-two members and two visitors attended the talk.

The Hunt has either fascinated or angered local inhabitants, and in latter years has caused a fair degree of controversy. The spectacle of the assembly of the Bicester Hunt on Boxing Days has always attracted large crowds of townspeople. The meeting place for the Bicester Hunt was originally located at Old Place Yard, before switching to The Kings Arms Hotel in Market Square. In more recent years the Hunt met at Launton, and today it meets at Winslow. The assembly of the Hunt offers a vivid scene of colour, drama, and tradition: the regalia, the showmanship, and the rituals such as passing round the Stirrup Cup.

Traces of the influence of the Hunt can be found in Bicester life today: pub names (The Fox & Hounds at Ardley, The Fox in Bicester); hunt images/symbols used on local organisation badges/emblems (e.g. Bicester Town Football Club, Bicester Bowls Club, Bicester Hockey Club, Bicester Athletic Club); and Bicester even gave its name to a blended whiskey once used on hunts. 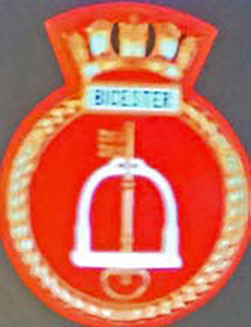 Hunting is nothing new to the Bicester area. There were Saxon hunting lodges at Brill and Islip, and later, in the Middle Ages Borstall Tower with the famous Borstall Horn, was also a well-known hunting venue. However, it was the Normans who were credited with the formalisation of distinct hunting areas, leading to the establishment of hunting parks. It was at this time also, that hunting became known as ‘the sport of kings’. Features from old local hunting parks can still be seen today, e.g. the banks and ditches at Beckley Park which originally formed deer leaps. In general, the Bicester locality was recognised as a good hunting area with its abundance of pasture lands, hedges, and small woodlands – a premier landscape in hunting terms.

More formalised hunts (for hares at this time) began in the Stuart period. It became popular for local-land owners to collect hounds for their own personal use, and to hunt in set areas on their own land. In summary, hunting began to get more organised. 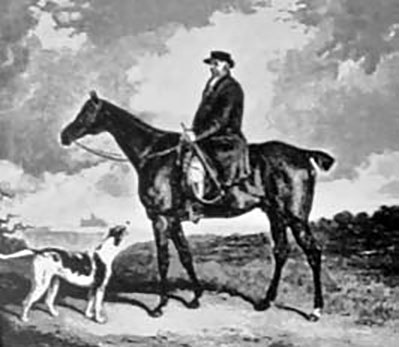 The beginnings of the Bicester Hunt started around the 1790s when John Warde Esq bought a set of hounds and hunted in the Bicester area, with the main kennels located at Bainton. He hunted for 18 seasons.

The first master of the Bicester Hunt was Sir Thomas Mostyn in 1800. Mostyn had a vast fortune, which he duly ploughed into the Bicester Hunt. He purchased Swift’s House which he converted from an inn to a house and built stables and kennels. His monument to his faithful hound, Lady, still stands in Bainton today. Thomas Tyrwhitt-Drake succeeded Sir Thomas Mostyn as master of the Hunt from 1829-1851, and the vast area then associated with the hunt stretched to Daventry, to Buckingham, and to Oxford. In 1855, the kennels and the Swift House buildings became inadequate to house the Bicester Hunt, and new quarters were built in Stratton Audley. From then on, Stratton Audley began its strong association with the Bicester Hunt. In the 1870s the Bicester Hunt was attracting high society, with frequent visits from royalty, dukes, ambassadors, and aristocrats. This patronage continued over many succeeding years (there is a notably photograph of the Prince of Wales arriving at Bicester station in 1928 to join the Bicester Hunt).

Local dignitaries gave support to the Bicester Hunt, e.g. 4th Earl of Cottenham, 8th Earl of Jersey. In the early 1900s there were many hunt-related activities in the area, such as point to point and steeple chasing. People came to Bicester for the season, seeking hunting boxes and accommodation. The hunt went to Blockley in 1906, and Cropredy & Helidon in 1910. Special trains were put on to transport participants, staff, and horses. Big houses were used as meeting points and hosted extravagant hunt-related social events. It is worth noting that otter hunting was also known in the area and carried on until the early 1900s (there is a memorial to an otter hound at Rousham House).

With all this activity and celebrity, the associated industries, trades, and professions of local businesses inevitably thrived. Examples of local business in Bicester and its surrounding villages included: Blacksmiths e.g. Haynes, Hazell; Saddlers e.g. Stuchfield (1883), Davy (1930); Tailors e.g. Kinch; Stabling e.g. Bonner, Quartermaine. Likewise, pubs and inns also benefited from the influx of people and money, particularly The Kings Arms in Bicester, and The Cartwright Arms in Aynho.

After WW1, the Bicester hunting scene carried on much as it had done in the previous century: meeting at Market Square, hunt balls, big houses, patronage of local dignitaries, etc. Hunting in Bicester was even depicted on cigarette cards. However, the war years of 1939-45 put a damper of the hunting scene, and it fell to the more elderly of the population to keep things going during a period of shortages and uncertainty. Mrs Margaret Lloyd- Mostyn from Hethe was well-known for searching out extra food for the hounds.

In the 1950s, there was a hunting revival attracting vast crowds, and this carried on into the 1960s. For reasons of economy of scale, hunts began to merge together, and in 1986/7 the Bicester & Warden Hill Hunt amalgamated with the Whaddon Chase Hunt. In 2003, the now Bicester Hunt with Whaddon Chase was incorporated into a limited company (Bicester & Whaddon Chase Ltd). 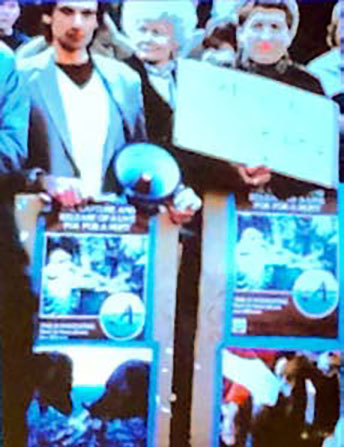 In the late 1990s national controversy surrounding fox hunting had reached its peak, communities became passionately divided on the subject, and protestors became a part of hunting events across the country. The Boxing Day assembly of the Bicester Hunt was a prime example of this, and costs for policing Market Square proved so high that the assembly of the hunt was forced to move to Launton. After much debate, in November 2004, Parliament passed an Act to ban fox hunting.

In 2008, new kennels opened in Stratton Audley, and the area covered by the Bicester Hunt amalgamated further.

Finally, what can the Hunt offer today? Post the ban, drag hunting has replaced fox hunting, and riding activities still remain at the core of hunt-related activities, with horse-riding competitions and point-to-point meetings taking place on a regular basis. There is a Supporter’s Club which runs social activities to raise money to fund equipment, a Hounds Club, and a Sports Club which runs clay pigeon shooting, golfing/cricket/tennis events. Despite its firm roots within the community based on a history and tradition spanning over two centuries, the future for hunting in the Bicester locality is uncertain. Whatever the answer, the Hunt will remain an integral and highly influential factor in the history of Bicester and its locality.