A History of Stoke Lyne 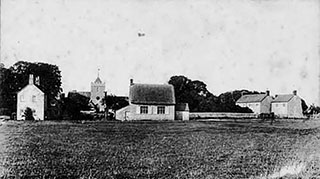 The Meeting was held at The Clifton Centre, Bicester. Sixty members and eleven guests were present at the meeting. Bob Hessian introduced the speaker, Dave Woodhead, a resident of Stoke Lyne who had researched the history of the village.

Dave started his talk by outlining that Stoke Lyne was a small rural village some four miles north of Bicester. The Peyton Arms and the local Church were the major buildings in the village. Recent landlords at the pub had included Norman Oxlade and ‘Mick the Hat’. Dave’s interest in the local history of the settlement had been sparked by the inscription ‘WB 1806’ above the entrance door to the pub. 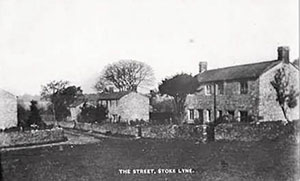 The village was set in the north Oxfordshire countryside close to the Buckinghamshire border. The geology was mainly clay and cornbrash. The settlement had been built close to a tributary of the River Ouse.

Roman roads were situated close to the village although the evidence pointed to a settlement being founded on the site of the village in the C7th in Saxon times. The village is recorded in the Domesday Book. 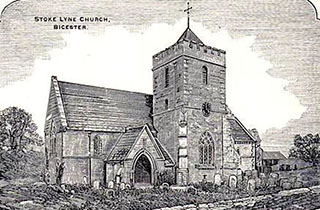 The oldest building in the village is the parish church of St Peter which has parts of the building dating from C12th.This included an impressive Norman Arch amongst the architectural details. 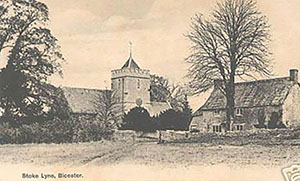 Enclosure of the open fields system took place in the 1790s. Sir Henry (Dashwood) Peyton had links with the village. His coat of arms hangs outside the pub. Swifts House on the outskirts of the village became a hunting lodge for the Mostyn family and the area has long been associated with the local hunt.

Dave illustrated his talk by referring to the social history of the village with reference to the Overseers Accounts book. A number of local families have been long associated with the village. Lacemaking was an important craft in the village.

A devastating fire in 1852 destroyed twenty five cottages and made 119 people homeless. A school was built in the village in 1864. Stoke Lyne had a village Morris dancing team in Victorian times. It was noted for its Friendly Society and Feast Day at that time.

Dave concluded his talk by answering questions about the village. The Meeting closed at 9.08 p.m.