A Literary Tour of the Waterways of Oxfordshire 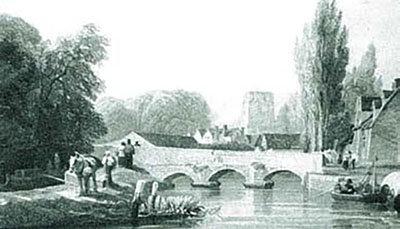 Many aspects of historical fact are woven into literature concerning the waterways of Oxfordshire. Mark had used several sources to illustrate his publications and as a basis of walking tours he had undertaken for the annual Oxford Literary Festival. Much of the fictional output relating to the topic was linked to the University.

Osney Abbey, consecrated in 1129, had early connections with medieval authors. Geoffrey Chaucer had based his ‘Miller’s Tale’ at the mill associated with the Abbey. The idea of ‘Town and Gown’ in the 14th Century and wealthy tradesman and poor student was woven into the plot. The Castle stream was recognised as a division between the university and the town. By the 17th Century, the wealthy were hiring boats for leisure activities on the river which was unusual for the time.

John Taylor became recognised as ‘The Water Poet’ in the 1630’s and wrote the first account in verse of the River Thames from London to the source. A staunch Royalist, he made his way to Oxford during the English Civil War and became responsible for maintaining the River Thames for Charles I. He recorded events of the time and became the Royalist chief propagandist during the conflict.

C.S. Forrester used the River Thames to illustrate Hornblower’s trip from Gloucester to London by flyboat in 1805. This form of transport reduced travel times along the river. The waterway became an important commercial route as farmers could get produce to the capital much faster than by road. 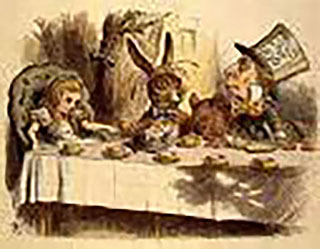 Binsey Church is associated with the legend of St Frideswide and the miracle cures brought about by taking the waters of the well in the Churchyard. Gerard Manley Hopkins wrote about the Binsey Poplars. Lewis Carroll made his first river trip with the Liddell sisters in 1862 and based the account of the ‘treacle well’ in the Mad Hatter’s tea party on the existence of Binsey well. Further incidents in Alice’s Adventures were based upon events at ‘Alice’s Sheep Shop’ in St Aldate’s where a serious flood inspired part of the tale. The river was used for leisure activities and townsfolk would travel down to Nuneham Courtney House to picnic in the gardens. 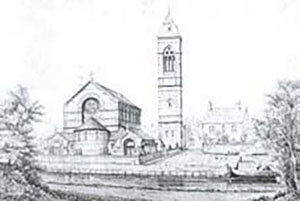 Iffley Lock was the setting for a number of fictional incidents. It was one of the earliest double locks on the river. ‘Eights Week’ rowing festival is woven into the plot of many Oxford novels. It was an opportunity to bring female interest into the stories as in Thomas Hardy’s ‘Jude the Obscure’ or Evelyn Waugh’s ‘Brideshead Revisited’. The Nag’s Head Public House was a location where the ‘well to do’ could mix with lower company!!!

Jericho reflects a rich heritage of literature. St Barnabas Church features in ‘Jude the Obscure’. Philip Pullman uses the waterways and Port Meadow in his ‘Lyra’ novels. The Gyptians live on river boats and hold horse fairs at Port Meadow. Colin Dexter based Inspector Morse plots in ‘The Dead of Jericho’ and ‘The Wench is Dead’ at Jericho. ‘Ramlin Rose’ by Sheila Stewart is a biography of Oxford’s working boat women in the early 1900s and reflected aspects of the difficult life that they led.

Pete Chivers thanked the speaker for an interesting and stimulating talk. The meeting finished at 8.42 p.m.