The Meeting was held at St Edburg’s Church Hall, Bicester. Fifty two members and nine guests were present at the meeting. Bob Hessian introduced Andy Gunn, who made a welcome return to talk about the impact of social status and class in Victorian Britain. 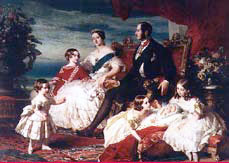 Class in Victorian times was defined by social status, education, occupation and wealth. Class in the C18th had a clear social order. You were aware of your place in the social structure and the rank of those around you. At that time the social structure consisted of the ruling class and the working class. The middle class had yet to evolve in the Victorian age.

Social mobility could be achieved in Victorian times through educational advancement, marrying well etc. Urbanisation aided the process and served as a catalyst for social change. An industrial society allowed social change but social status encouraged class consciousness. Education enabled people to escape their traditional roots. There was greater financial reward working in industry rather than in agriculture. Working in industry provided regular rather than seasonal work and therefore a stable income. Provision for a family’s needs could be safeguarded which was not always the case in the rural economy. Family’s aspirations and opportunities were enhanced.

In the C17th the ruling class had moved into the countryside and large houses and estates were common. These establishments employed a large retinue of staff. The ruling class had strong ideas of what they wanted for themselves and from society. There was a concept of social order. The working classes began to develop their aspirations through the founding of Friendly Societies, Combinations and Unions as time passed. The Napoleonic Wars saw the introduction of laws to prevent groups meeting to discuss social conditions. There were revolutions in Europe to overthrow the social orders but this was not the case in Britain. A common ideology was expounded encouraging hard work, self help, deference etc. A new social order developed including the leisured/gentry’s classes, the working classes, the deserving poor and the social outcasts. Middle class was defined as to whether you employed servants. There was a social stigma about how you amassed your fortune with the new industrial rich not always finding acceptance among the traditional upper classes. The middle class expanded between 1845 and 1875 as there was an opportunity to earn more.

The movement to enable greater numbers of people to vote gained impetus. The ruling classes were concerned about such developments. The Peterloo Massacre typified these concerns. The Chartists evolved to press for electoral reform. Many of the middle class engaged in such reform and a broader voting base was established. Barriers remained within the class system which held back elements of economic progress in the industrial base.

Andy answered questions at the completion of his talk. The evening concluded with a raffle and refreshments. The Meeting closed at 9:35 pm.