The Meeting was held at St Edburg’s Church Hall, Bicester. Fifty six members and thirty one guests were present at the meeting. Bob Hessian introduced the speaker, Pete Chivers who thanked Brian Tegg for re-enacting a Bicester Home Guard member and John Keen and Bob Hessian for providing the artefacts displayed at the meeting. 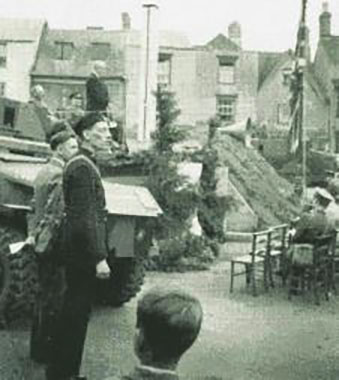 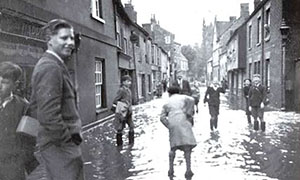 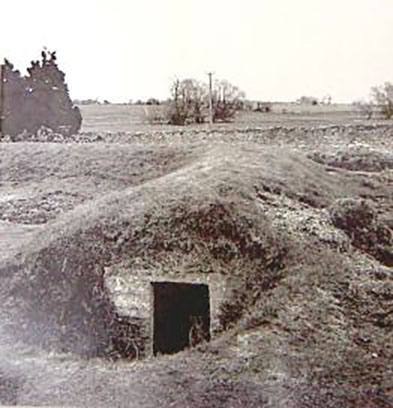 A number of those present had been resident in Bicester during World War II and a few had come to the area as evacuees. Pete started his talk by stressing that Bicester had been a small, rural Oxfordshire town in September 1939.

Events that took place in subsequent years changed the town forever. Bicester’s war began two days before Neville Chamberlain officially declared war on Germany. Large numbers of evacuees arrived from London at Bicester North Station and were billeted in the town and surrounding villages. The most famous of the evacuees proved to be Kenneth Williams who was billeted with Mr Chisholm, the local vet, in Sheep Street.

The authorities feared air-raids would take place. The air-raid wardens enforced blackout regulations in the area. Public air-raid shelters were constructed in the Market Square, Sheep Street and North Street. Civil defence exercises were carried out regularly to practice procedures should air-raids take place. Rationing began to have a noticeable effect but the ‘Dig for Victory’ campaign saw many supplement their official rations with home grown supplies. Land Army volunteers helped on the farms with agricultural production. Prisoners of war were assigned to local farms in certain circumstances to help with this task. 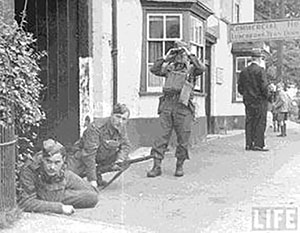 Many large local houses were requisitioned for service personnel and military purposes. The local RAF Station operated mainly as an Operational Training Unit. There were a large number of airfields in the area designated for this purpose. The construction of the Central Ordnance Depot on the outskirts of the town brought thousands of service personnel to the district. The Depot played a vital part in the supply of armaments and equipment used in the invasion of Europe in 1944. American and Canadian military camps were established in the district. A Prisoner of War Camp was located at Blackthorn.

There was an opportunity for entertainment during the war. Fund raising events were regularly staged with concerts, dances, sporting events, parades and exhibitions all playing their part. The town had two cinemas although The Crown Cinema was destroyed by fire later in the war. 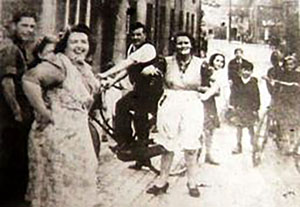 The end of the war was treated with much celebration. The Market Square was filled with residents and servicemen celebrating the end of the conflict. Street parties were organised. Bicester had changed significantly over the six years of wartime and would never return to its pre-war character.

Bob thanked the speaker for and informative and well researched talk. Questions were invited and those present had an opportunity to look at the many artefacts of the period that were on display. The meeting closed at 9:12 pm.