The Meeting took place at The Pop-In Centre, Crown Walk, Bicester. Thirty one members attended. Sally introduced the speaker, David Clark, who outlined his interest in buildings’ history. He currently holds the post of Secretary of the Oxfordshire Buildings Record, an organisation that has been in existence in the County since 2000.

David explained that the Oxfordshire Buildings Record had two major aims, namely, to encourage the recording of buildings within Oxfordshire and so advance education and undertake research and to create and manage a publicly accessible repository of records relating to such buildings. The study of buildings and their context provided a valuable historical tool in understanding the development of communities and their function. 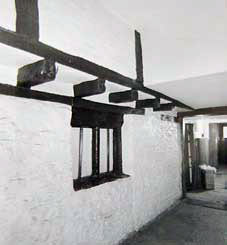 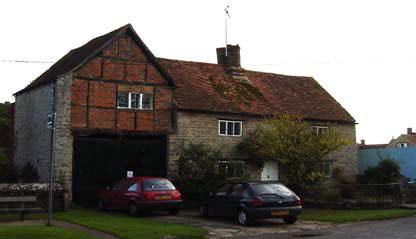 The study of buildings within the county was best achieved by following a survey pattern which began with the general features and progressively refined its observations to the particular. He labelled this ‘The S Strategy’.

The geographical site of the building told much about its history. Where a building was located was very important. Why were they situated where they were? A medieval farm would be most likely located in a village, those built during the enclosure period would be generally outlying dwellings. The surrounding topography could indicate the geology, farming or communications patterns, the availability of water supply etc.

The structure of the building was often related to the building material it was constructed of. Oxfordshire was a county that displayed a diversity of underlying geological resources varying from the chalk and limestone uplands to the clay vales. This was important, especially in the historic development of buildings, as regional styles were dependant on local supplies of building materials which gave rise to local variations. The use of oolitic limestone, coral rag, cob, bricks, flint, chalk and timber were materials that all feature in the construction of buildings in the county. The style of timber construction provides a valuable dating tool when determining the age of a building and can be used to reveal how a building developed over the time span of its existence. The influence of building styles, such as the pattern of brick bonds also provides valuable evidence.

The skin of the building provides an indication of age. Wattle and daub, brick infill, window and door styles were valuable indicators in determining the development of a building. Marks, carvings, date stones etc. provided additional clues. Smoke blackened thatch often provided evidence of the type of crops being grown when a structure was built. Dendrochronology could be used to determine when buildings were constructed.

The services that were present in a building revealed how people used the structures. How was the house heated? Was there an open hearth fire, when was it replaced by a chimney? Was there a water supply in or outside a dwelling? Such factors provided evidence as to the status of the building.

How the spaces within the building were used were often social indicators. How a workspace was laid out revealed the work patterns taking place. The use of domestic space could indicate the hierarchy of the inhabitants of the building.

The stuff used by the inhabitants was a valuable social indicator. The decoration, furniture and ornaments enhanced the social record of various periods and revealed much concerning the lifestyle of the inhabitants.

David used case studies relating to specific buildings to illustrate how the strategy indicated above worked in practice. Lower Berrick Farm at Berrick Salome, Long Wittenham Farm Buildings and Barns and the Old Abingdon Police Station were cited in this context. Additional documentary evidence and local history sources such as plaques were linked to the studies to reveal a comprehensive history of each of the examples.

In conclusion, David was keen to stress the value that buildings could provide as an historical source and that it was an important skill for the local historian that they learn how to read and interpret the evidence that buildings gave to them. The use of supplementary documents enhanced this information. He further outlined the work of the Oxfordshire Building Record and how the organisation was willing to survey buildings requested by local societies and teach them the skills required to develop their own understanding of the subject.

David answered a variety of questions posed by members attending. Sally thanked him for a most interesting and valuable talk. The meeting closed at 8:45 pm.