The Origins of Surnames

Surnames reveal the origin of peoples’ past. River names were in use in Celtic times and earlier, place names often display an Anglo Saxon origin in Southern Britain and Norse origin in Northern Britain. Surnames became common between 1200 and 1400. They were derived from:

In 1200 no one had a second name. By 200 years later they were common i.e: Hereward the Wake, Rufus the Red etc. The second name was not passed on. With increasing population and need to identify people for legal reasons surnames became necessary. 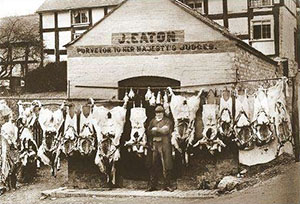 Dr Dunsley had requested a list of Society members surnames and proceeded to describe the origins of each name.

The Meeting concluded at 8:53pm following a question session.