The Meeting was held at The Pop-In Centre, Crown Walk, Bicester. Thirty nine members and guests attended the Meeting. Bob introduced the speaker, Peter Higginbotham, who had researched the topic since 1999 and visited over one thousand Workhouse sites in that time. The subject was to be covered in ‘The Edwardians’ series to be screened on BBC Four in April 2007. His interest had been aroused whilst finding reference to the Birmingham Workhouse on his grandfather’s death certificate and subsequent study relating to Abingdon Workhouse.

The Old Poor Law (1597 – 1601) introduced the concept of the workhouse. Parishes were responsible for poor relief financed by local ‘poor rates’. These funds were administered by The Parish Vestry and Overseers. Money could be spent on ‘out-relief’ i.e. handouts of bread, firewood etc. to the poor. Work would be provided for those who were able bodied or else prison was the only alternative. Houses were provided for the impotent poor but there was no mention of ‘Workhouses’. The measures were enacted as temporary laws but remained until 1967!

The Workhouse Test Act of 1723 first referred to ‘Workhouses’. The Act provided a clear legal framework for parishes to set up workhouses and formalised existing practices. The Workhouse Test was the only option for entry into the workhouse. The system was sometimes privatised known as ‘Farming the Poor’. A workhouse construction boom followed and by 1775 over two thousand workhouses were operating. 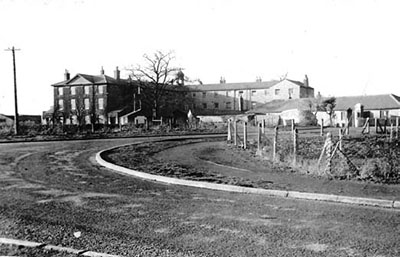 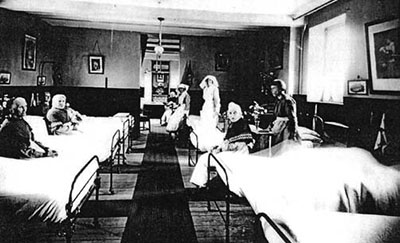 In 1725 a Charity School was operating in ‘Bisciter’ and boys were taught to spin jersey. By the mid 1770’s a workhouse was established in Market End with forty inmates spinning wool, jersey and course linen. Records indicate that by 1809 paupers were farmed by Henry Chandler operating the Speenhamland and Roundsman systems. Sir Gregory Page-Turner offered work in his quarry and brickfield at Blackthorn which led to local riots in 1827. In 1830 a United States Emigration Scheme advanced £1000 for volunteers to seek a new life abroad. A number of the volunteers turned back at Liverpool and returned to Bicester.

National problems in the early C19th saw the need for workhouses to be maintained. The economic depression following the Napoleonic Wars and the escalating cost of poor relief were contributory factors. There was widespread maladministration and a great variation in local practices as well as civil unrest e.g. Captain Swing riots.

In 1834 a new ‘Poor Law’ was introduced. A compulsory and uniform national system funded from the local rates was enacted. Poor Law Union Workhouses were erected run by locally elected Boards of Guardians. The Workhouse Test was re-established and it was aimed to end ‘out-relief’ for the able bodied and their families. Medical ‘out-relief’ was still permitted. The new Unions were formed following the visit of Assistant Commissioners to each area. Negotiations were held with local officials. Thirty eight parishes were included in the Bicester Union, following a dispute with Thame, as to the responsibility awarded for each area. Bicester Union Workhouse was set up on 1st August 1835.

Entry into the Workhouse was voluntary and usually via a ticket issued by the Relieving Officer, then approval at a Guardian’s Meeting. Families all entered or left at the same time. Inmates could leave at any time providing reasonable notice was given. Many played the system and stayed for short spells before releasing themselves to return at a later date.

There was strict segregation within the institution. New buildings were designed to make segregation easier with different wings provided to separate men, women, children etc. Workhouse architecture reflected a number of models with the Y or cross shape design most popular. Exercise yards were segregated and divided by walls. Bicester Workhouse was a combination of the two classic designs. 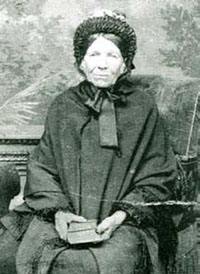 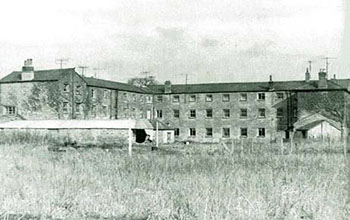 Life in the workhouse was monotonous and the rules strict. Uniform was worn by the inmates and the food provided was limited in the choice available. Work included stone breaking, wood splitting and oakum picking. Conditions were less arduous for the elderly and the young. Libraries had been introduced by the 1900’s and there were occasional entertainments and outings. By the 1920’s communal radio and cinema trips were provided. Workhouse Infirmaries formed a basis for the National Health Service.

The system ended on 1st April 1930. Some of the Workhouses became hospitals or ‘public assistance institutions’. Others were demolished or converted to other uses. The Bicester Union Workhouse became ‘The Frank Gray Home for Boys’ after closure. It was converted to flats after World War II and a training venue for Oxfordshire Fire Service prior to demolition in 1960.

www.workhouses.org.uk outlines the history of workhouses and provides photographic records of many establishments, including Oxfordshire examples.

The Meeting concluded at 9:05pm following a question session.