The Nonconformists of Banburyshire 1662-2012

The meeting took place at the Clifton Centre, Ashdene Road, Bicester and was attended by 50 members and 7 visitors.

Our speaker, Martin Greenwood, explained how he came to write his book, Pilgrim’s Progress Revisited (The Wychwood Press 2013) following an encounter with a leading Methodist during a village walk around Fritwell in 2012. This year marked the 350th anniversary of the Act of Uniformity and the Great Ejection of almost two thousand dissenting Presbyterian, Congregational and Baptist ministers from their livings, so Martin’s interest in the topic was timely.

The term ‘Banburyshire’ became familiar in the late 18th/early 19th centuries and included parts of North Oxfordshire, South Northamptonshire and South Warwickshire. The region has been a stronghold of dissent over a long period. Banbury itself is known for its variety of dissenting denominations, there currently being twenty-three different churches in the town.

“We pretty well had them all. Indeed, it had been said that if a man lost his religion, he might well find it in Banbury.” (W T Henderson, Baptist minister, Banbury 1857)

The 1851 religious census revealed that in England and Wales on 30 March 1851 only 50% of the population attended a service and of those, 50% were Dissenters. In Oxfordshire, the Banbury Registration District had by far the highest percentage (44.29%) of Dissenter sittings. This compared with the county as a whole where only 32.8% were Dissenters attending chapel. 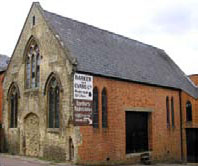 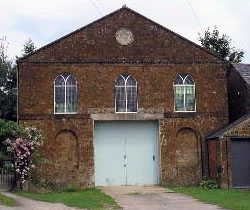 Many nonconformist chapels were built in the late 18th century. Methodists dominated the scene with John Wesley active from 1730/40. In addition to the Wesleyans, other significant groups within Methodism in the area were the Primitive Methodists and the Wesleyan Reform Union.

Also in the area was the Society of Friends or Quakers, the group established by George Fox (1624-1691) in the mid-17th century and still active in Banbury, Adderbury and Sibford Gower. Additionally, Baptists, Congregationalists, Unitarians, the Salvation Army, the Temperance movement, Plymouth Brethren, the Church of Latter-Day Saints (Mormons) and Roman Catholics functioned locally within, what has been called, the ‘mixed bag’ of Nonconformity.

Prominent Banburyshire nonconformists included Frank Dew (1840-1901) of Fritwell. He and his business partner, Enos Cox, were responsible for the building of the North Street Chapel in 1892. Dew was a key member of the local Methodist community and it’s rumoured that he only employed Methodists in his East Street store.

In conclusion, Martin reiterated the strength and influence of nonconformists in local communities over the centuries, and their success in establishing meetings and building chapels and meeting houses against the odds.