The English Civil War and its effect on Oxfordshire

The Meeting was held at St Edburg’s Church Hall, Bicester. Fifty five members and thirteen guests were present at the meeting. Bob Hessian introduced the speaker, Martin Greenwood, who developed a life-long interest in the history of the subject. 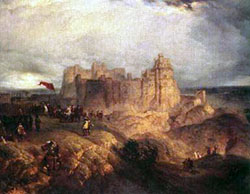 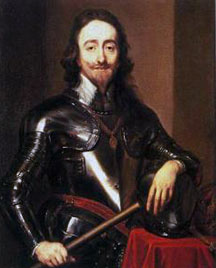 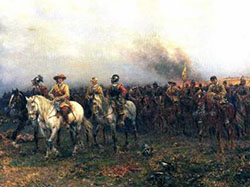 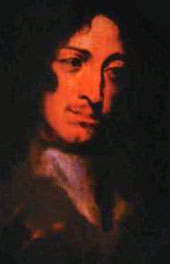 Martin opened his talk by stressing that the English Civil War was about much more than set piece battles, it was about the lives of people at the time. Prince Rupert was an excellent example of this. He was a young, battle hardened and impetuous commander of the Royalist cavalry. An excellent horseman, he displayed stamina and daring and was a charismatic figure in the conflict. King Charles I was religious, clever and artistic believing that he was answerable solely to God. He, however, was a poor judge of men and indecisive. Taxation issues, religious belief and relationships with the Irish and Scots were just some of the reasons the outbreak of the War and the division of the country to support monarchy or parliament.

The residents of Bicester and the surrounding area would have felt the effects of the conflict first hand. There was a marked local impact with the King establishing his headquarters at Oxford. Royalist cavalry under the command of Prince Rupert scoured the local countryside to keep parliamentary forces at bay.

Broughton Castle, near Banbury, was a centre for the planning of the Parliamentary campaign whilst Great Tew held a similar role in the Royalist strategy. Although literacy levels were poor during this period of history people were made aware of events by means of the news sheets appearing at the time.

The King raised his Standard at Nottingham in 1642 and this led to more than four years of conflict. Edge Hill was the first major battle of the conflict but much of the fighting revolved around skirmishing and guerrilla actions.

Oxfordshire was critical to the strategy of the War on both sides. Bicester was described as ‘prosperous’ by writers of the time and became a natural target for those seeking supplies, finance and a military bases in the area. Banbury was known for its religious zeal and suffered harshly during the military campaign. Skirmishes were recorded as having taken place at Aynho, Stratton Audley and Bicester. Able bodied men were conscripted into the fighting units of both sides. Many men elected to return home during the campaigns causing problems for their commanders. Local churches were damaged and stripped of their valuable assets. Many of the gentry enjoyed their war experiences. There was room for rapid advancement in the command structure of the armies of the time.

Little was found to have changed following the conflict with land owners retaining their land holdings and position on both sides. It was the poor who suffered most.

Martin recommended those interested read ‘This War without an Enemy’ by Richard Ollard as it provides a good account of the personalities involved. 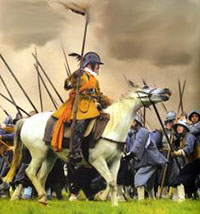 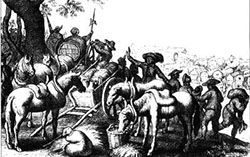 Bob thanked the speaker for an informative talk that increased our knowledge of the Civil War in the area. Martin answered questions from the audience. The meeting closed at 9:07 pm.