The World of Flora Thompson

The Meeting was held at St Edburg’s Church Hall, Bicester. Seventy six members and twenty six guests were present at the meeting. Bob Hessian introduced the speaker, Christine Bloxham, a local authoress who has written numerous books about Flora Thompson and the world that she experienced as she grew up. 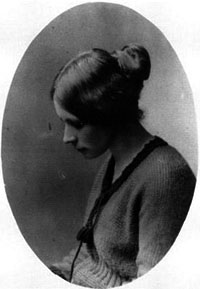 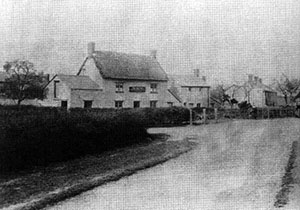 Christine introduced the audience to the number of publications that had been written by and about Flora Thompson. The presentation of the television series had strayed away from the true story of Flora’s life. Her account of rural Oxfordshire in the latter years of the 1800’s and the photographs of the period reveal a different story.

Flora’s family had long family associations with the area and local villages such as Piddington and Ardley played their part in Flora’s parent’s ancestry. Albert Timms, a stone mason, married Emma Dibber and rented a cottage at Juniper Hill (Lark Rise) in 1875. Flora was born in 1876, the second eldest of a large family although her elder sister had died before she was born. She attended the local church in Cottisford (Fordlow) and went to the School there. The village contained a large country residence, the Manor House, Vicarage and worker’s cottages. Estate houses with improved living conditions were also constructed in the village.

In 1891 Flora started working for Mrs Kezia Whitton, the post mistress at Fringford (Candleford). It was here that most of her writings were based although the village was portrayed as a town in her writings. The fictional town of Candleford was an amalgam of Brackley, Banbury, Buckingham and Bicester. It was Flora’s observations of rural life during this period that make her work such a special record of the time. She emphasized the hardships of the life lived by the agricultural labourers of the time and the rigours faced in the late Victorian countryside. Her characters are based on the people she grew up with and new well.

Flora left Fringford in 1897 to work at a variety of post offices in Surrey, Essex and Hampshire. In 1903 she married John Thompson. ‘Lark Rise’ was published in 1939 to be followed by other books over the following few years. Flora died in Brixham, Devon in 1947 following an illness and she is buried at Dartmouth Church in the same county.

Bob thanked the speaker for a most interesting and informative talk that went a long way to dispel some of the myths created by recent television adaptations of Flora’s works. Christine answered questions from the audience. The meeting closed at 9:14 pm.