Nothing ever happens in Bicester!

The Meeting was held at St Edburg’s Church Hall, Bicester. Fifty three members and two guests were present at the meeting. Sally James introduced the speaker, Pete Chivers, who undertook to talk to the meeting at short notice. The talk provided an early introduction to the twenty fifth anniversary of the Society in 2011 when talks would all have a Bicester area theme. 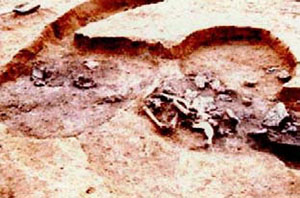 Many residents in Bicester hold a view that little has happened in the town’s history. The talk was designed to dispel that misconception and disprove that nothing ever happened there.

Prehistory saw the place called Bicester in a geographical position near the equator. Tropical forests dominated the landscape. Warm shallow seas were present in the area when the dinosaurs roamed the area. The first evidence of human habitation has been found by the stream in Bure Park where Mesolithic hunter gathers made camp as they followed the wandering herds. The forest cover was cleared in the Bronze Age and farmers settled in the area. The Iron Age saw a number of high status settlements in the fertile countryside. The arrival of the Romans in 43AD changed the landscape. A fortress was built at Alchester and a road pattern was established that remains visible today. Evidence of Saxon Bicester was revealed in the Chapel Street area of the town with the construction of Saxon Court. 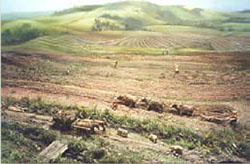 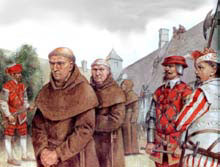 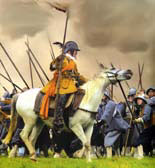 Activity in the Medieval period was mainly agricultural. A Priory was established in 1182 which became important to the economic prosperity of the town. This was dissolved in 1536. The town suffered due to a number of skirmishes that took place during the English Civil War. The Georgian period saw land enclosure and an improvement in transport with coaching inns and toll roads. The Victorians redeveloped parts of the town. The twentieth century saw a large rise in the population. This accelerated in recent years and will greatly increase with the building of new estates and the Eco Town.

The speaker concluded by stressing that the changes occurring in the town at present were as much history as events in past centuries. The Meeting closed at 9:20 pm.