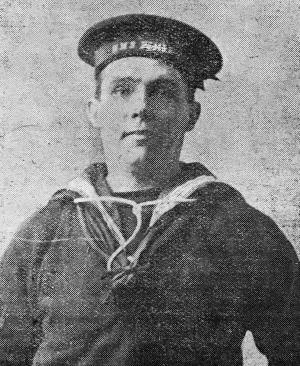 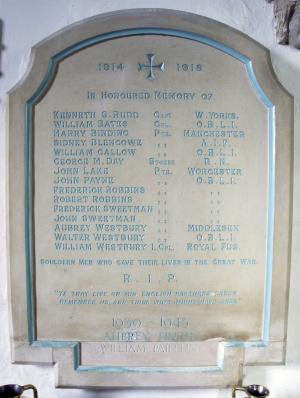 ""We regret to inform you that H.M.S. ____ was sunk on the 23rd ultimo, and that the name of George Moore Day, stoker 2nd class, official number K/37983, does not appear in the list of survivors received in this department. In these circumstances it is feared that in the absence of any evidence to the contrary he must be regarded as having lost his life." So runs the official notice from the Admiralty respecting George Day, late of Souldern, who for several years was platelayer in the employ of the G.W.R.. Fond of home, of a jovial disposition, kindly disposed towards everybody, a splendid son, he has been called upon to register his name among the list of heroes whose lives have been sacrificed in this Great Struggle for Liberty." Bicester Advertiser 13/04/1917