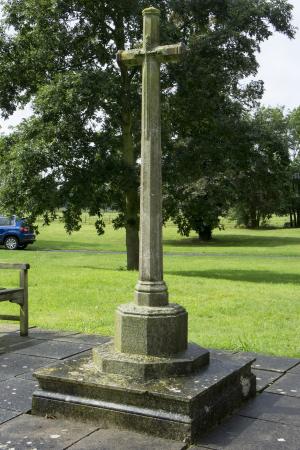 "More particulars have been received of the death of Corpl. Wilfred Golby, eldest son Mr C. Golby, of Bloxham, late of Middleton Stoney, to which a brief reference was made in a recent issue. Corpl. Golby made his debut as a school teacher at the Bicester Boys School, and was afterwards on the teaching staff of the Headington Quarry School, where he was serving at the outbreak of war. He enlisted in the Q.O.O.H. in the beginning of October, 1914, and was recently attached to the Oxon and Bucks Light Infantry.
He was in the Somme battle at Guedecourt on Oct. 7, when the British attacked and captured a German position, and was crossing the second line of the enemy’s trenches when he was hit with a shell. He was 21 years of age, and is the first teacher in the county of Oxfordshire to have laid down his life for his country.
Corpl. Golby was well known in local sporting circles. As a footballer he turned out regularly for Middleton Stoney, and was a member of the team which beat Bletchingdon (2―1) in the Jersey Cup final for the season 1913-14. He assisted the Bicester Cricket Club during the 1914 season, when the closing fixtures were cancelled on the outbreak of war, and his average read: innings, 9; highest score, 52; total runs, 140; average, 15.55. He also bowled occasionally." Bicester Herald 08/12/1916