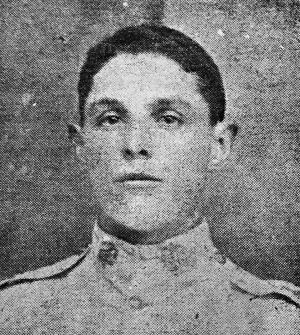 "On Tuesday evening, Mrs E. Edwards received the following letter from Captain E.R. Cheape, of the 1st Dragoon Guards: – “I regret to have to inform you that your brother, Private W.H. Hunt, of this regiment, was killed in action on June 2nd. I know he was married, but have not got his wife’s address, and as a letter arrived from you this morning I take this opportunity of informing you. Will you please break the news to his wife?"
Pt. Hunt was the son of Mr and Mrs Hunt, of 18 St. John’s-street, Bicester, and went out to the front on August 11th. He was 29 years of age, and was formerly a police-constable stationed at Burford. For six years he served in India, and altogether had been in the Army nine years. He leaves a wife and little girl to mourn their loss.
Writing on May 30th, he says: – “Dear mother, I hope you don’t think I have forgotten you, because I have not. I am alright, although we don’t know what may happen at any minute. We are under shell fire here, and I can tell you it isn’t very pleasant, but, of course, we have to put up with it. I think I have my share of it; I have been lucky up till now, for in January I had a very narrow escape from being blown to pieces by a big shell, which fell close by me but did not explode.”" Bicester Herald 11/06/1915