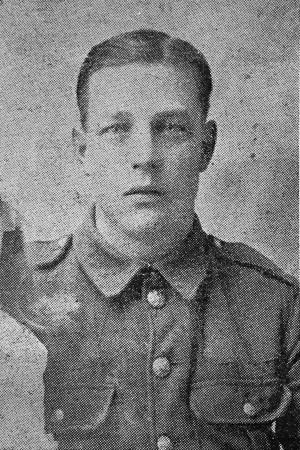 "Last week information was received by Mrs Powell, St. John’s-street, Bicester, that her son, Corpl. Frank Powell, of the Welsh Regiment, was in the Amara Isolation Hospital, suffering from a severe attack of colitis. Subsequently an official message was received stating that Corpl. Powell had died from disease at Basra on July 3rd.
He was attached to the Indian Expeditionary Force, and after serving unscathed through the Dardanelles campaign took part in the attempted relief of Kut-el-Amara. In a letter received about a fortnight ago, but dated two months previously, he said he was then quite well, and added: “I don’t know what they are going to do with us, but it is about time they sent us home. We have done our share, and I suppose the people are making a row in England about us being out here so long. I wish this place was not so hot; it is 110 degrees in the shade, and worse than India. You will see an account of our fighting in the paper; they call us a fine name – The Iron Division – and it is about right after the way in which we have stuck it.”
Writing on May 24th, he said: “I am glad to tell you that I am alright at present. We are getting some terrible weather out here at present; you would never believe it could be so hot. I suppose you have heard about the advance we have just made, and how the call us the Iron Division, and our men must be made of iron to stand this weather for twelve months. I do not think this will last much longer, as we have now joined hands with the Russians, and they have got the Turks nearly beat.”
On March 15th he said he was still in the pink of condition, and ready to have another smack at the Turks.
It will appear from the trend of the deceased soldier’s letters that this illness has been coming on for some time, the majority of his letters having lost their cheerful tone which marked those received earlier in the war. He joined his regiment two days after the outbreak of the war, and, after serving for about 18 months, would probably have been home on leave had not death intervened." Bicester Herald 14/07/1916