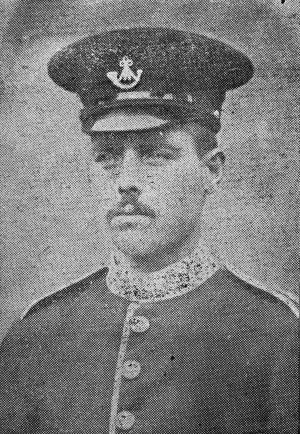 "Official news has now been received concerning the death of Pte. John Pratt, Oxon and Bucks Light Infantry, late of Redmoor Cottages, near Bicester. He joined the Oxfords about five years ago, and was with the Indian Expeditionary Force, under General Townsend, which was imprisoned at Kut-el-Amara. Despite the fact that nothing had been heard of him for some time, parcels had been sent regularly. Alarmed by the fact that no acknowledgements were received to these, enquiries were made and his relations were at first informed that his name could not be found among the lists of dead or wounded, and it could only be surmised he was a prisoner. In response to a further letter his relations (who reside in Chapel-street) received the information that he was killed on January 7th, 1916. He was 25 years of age, and was a single man." Bicester Herald 22/09/1916

"In response to further inquiries concerning the death of her son, Pte. Pratt, of the O.B.L.I., whose death has been previously reported in this column, Mrs Pratt, of Chapel-street, Bicester, has received the following letter from Capt. G.W. Titherton, from Mesopotamia: “Your son fell on the 7th Jan. of this year. He had left his regiment on account of sickness, and was sent to hospital at the base. When he recovered he was sent up again, and with several other men of the regiment was attached to the 1/5 Buffs regiment, which belonged to the force which was trying to relieve Gen. Townsend’s force at Kut-el-Amara, and a battle was fought at Sheik Saad on Jan. 7th with this object. Your son was advancing on the front line and was killed instantaneously by a shell which burst near him.” The writer attributed the delay experienced in receiving the news to the fact that Pte. Pratt was not with his regiment, which was at Kut-el-Amara." Bicester Herald 13/10/1916