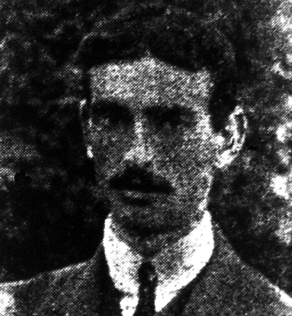 "The news reached the relatives of Private Sidney Stairs yesterday that he had been killed at the Front. His friend – Arthur Holt – wrote saying he passed away on the 24th March, at 12:15pm, after having been wounded very badly. Everything was done to keep the unfortunate soldier alive, but without result. He was buried the following day. His friend adds “I was the last to see him.”
Pte. Stairs, who was serving in the Grenadier Guards, was well-known in Bicester, having been brought up by Mr J. Butler, his uncle, at “The Wheatsheaf.” He was born at Grandborough, and was 25 years of age. Before joining the Army he was employed at Calvert Brickworks." Bicester Herald 31/03/1916