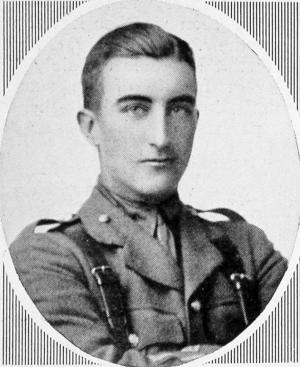 "We regret to state that Second-Lieutenant Alfred Holloway Truman, of the Oxfordshire and Buckinghamshire Light Infantry, was killed in action on the 6th of April.
Lieut. Truman was the eldest son of Mr and Mrs Alfred Truman, “Littlebury,” Bicester, and was nineteen years of age. He was educated at Oxford High School and passed the Senior Local Examination in 1914 and Responsions in March 1915, when he entered St. John’s College. On the 4th May, 1915, he was gazetted a 2nd Lieutenant of the 3rd Battalion Oxfordshire and Buckinghamshire Light Infantry (Special Reserve of Officers), and was confirmed in rank on 20th December, 1915. He left England for foreign service on 11th December, 1915.
All who knew him will regret the end of a very promising career. Lieut. Truman displayed much activity as an athlete, and was a well-known member of the Bicester Cricket Club. Much sympathy is felt with Mr and Mrs Truman in their great loss." Bicester Herald 14/04/1916