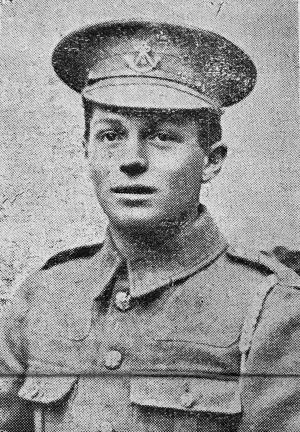 "We regret to report the death in action of Pte. George Turner, nephew of Mrs Cousins, of Sheep-street, of the O.B.L.I., who for many years was employed in the fish trade by the late Mr W. Grimsley. He joined the O.B.L.I. about two years ago and was in the 3rd/4th while in camp at Bicester. A short letter from the chaplain is the only intimation which so far has been received, and this, dated August, states that he was killed “last week.” As a card was received from him on the 12th, it appears that he was killed between those two dates. He had been at the Front about six months, and was 24 years of age." Bicester Herald 25/08/1916