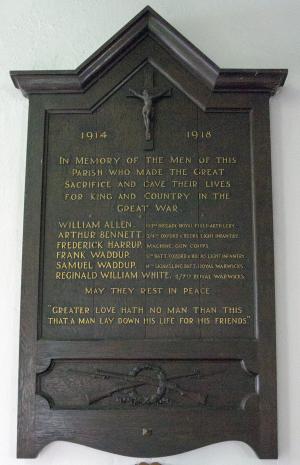 Son of James & Eliza Waddup, of Fritwell. Formerly with the Somerset Light Infantry (24312). Born in Bucknell.

"On Monday morning, Mr and Mrs J. Waddup, of Fritwell, received the sad news of the death of their son – Sam Waddup (14th Warwicks) – in action in France. He had only been at the Front a fortnight. He was previously employed, for six years, at the Manor Farm, where his father is carter for Mr Walton." Bicester Herald 25/08/1916