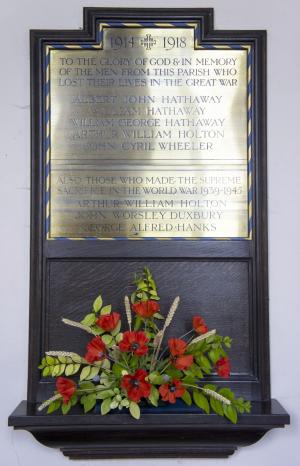 Son of William & Elizabeth Wheeler, of Wendlebury. Killed in action during the tank attack in the Battle of Cambrai.

"Mrs W.W. Wheeler, of Wendlebury, has received official information that her son, Lance-Corpl. J.C. Wheeler, of the Oxon and Bucks Light Infantry, was killed in action on November 20th. He was only 21 years of age, and joined the army in September, 1914. He went to France in June, 1915, and except for a short leave has been there ever since.
In a letter to his mother, the Officer Commanding the deceased soldier’s company speaks highly of him. He says, "He was a true British soldier by reason of the fact that I had left him out of the attack in the first place and he had then come to me and asked to be allowed to go over with his pals, so you will know he did not shirk his duty. Unfortunately I had not known him long but the other officers and men all say what a splendid soldier he was, so his loss will be greatly regretted."" Bicester Advertiser 14/12/1917