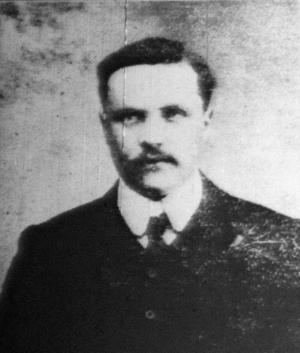 "Once again a Bicester man has been called upon to pay the greatest penalty that can be paid, Corp. Walter George Andrews, of the 1st Battalion Bedfordshire Regiment, having been killed in action at a place not stated. The fatal news was received by his relatives at Bath Terrace on Thursday (yesterday) in a communication from Major J.H. Hopkins, and much sympathy will be felt with deceased's friends. He joined the Army about two years and six months ago, and was quickly promoted to the rank of corporal. His mother is at present away from the town.
Lord Kitchener has written expressing the sympathy of their Majesties the King and Queen.
In his last letter home Corp. Andrews, who has throughout appeared to make the best of his circumstances, said "I received the parcel of tobacco, and also one from mother, and you can guess I am having the time of my life since... I am in the best of health and cannot grumble; there is plenty of food and time for sleep... I cannot say much about the war, but the Germans are in for a hot time later on... Tell Dick he is not the only one who would like to meet the Kaiser."" Bicester Advertiser 06/11/1914