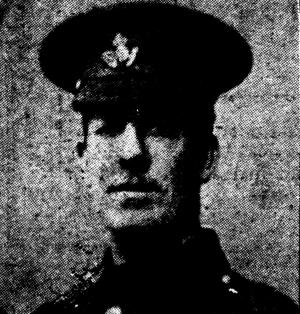 "Mr Tom Coles, of 61, King’s-end, has received news of the death of his younger brother, Pte. Albert Coles, of the Oxfords, which took place in action on March 28. The news was discovered in rather a remarkable manner, for, following upon the statement that a Bicester soldier made in a recent issue of this paper that a Pte. A. Coles had been killed, enquiries made by the relatives of Pte. Albert Coles disclosed the fact that he had been killed some eight months ago. It is practically certain that the “A. Coles” previously referred to had no connection with the man in question, who was in Mesopotamia when last heard of, while the letter referred to was written in France." Bicester Herald 15/12/1916